© Aid to the Church in Need

“The Christians must die, according to the disciples of Boko Haram”

The islamist terror group Boko Haram wants to massacre all the Christians in Níger. So writes a missionary Sister in a dramatic e-mail message from the country. As a result of the violence, this Sister was forced to flee, along with the rest of her congregation, and they are now living in hiding with a family in the capital Niamey. In her e-mail she describes the terrible violence in the capital and in the town of Zinder, the second largest city in Niger. To protect her safety, we are not revealing her name.

The violent protests in Niger last week in reaction to the French satirical weekly Charlie hebdo claimed the lives of at least ten people and left 173 wounded. According to the Sister, these attacks “were planned.”

Love is stronger than hatred

“At Christmas time Boko Haram had threatened to burn down all the churches in Niger and burn us alive! But for some reason it did not happen; no one knows quite why. It was by coincidence that the cartoons in Charlie hebdo set the world on fire. The Christians must die; that way we will be able to go to paradise, say the disciples of Boko Haram. It’s diabolical. But we are not going to let ourselves be moved by fear. Love is stronger than hatred.”

But apart from the cartoons of the Prophet Mohammed, it was also “the social crisis in Niger” that was one of the reasons for these cruel protests, she writes. In her e-mail, headed with the word “peace,” the Sister asks: “Why so much hatred and violence? Peace is not simply a word. We know just how fragile everything is. We have to work so hard to achieve peace, and starting with ourselves. Why so much hatred, so much violence? We are weeping. The tears are flowing. O Jesus, save us!”

She relates what had happened: “It started in Zinder first of all – with five deaths, four people inside a church and one in a bar. The French cultural centre was attacked and totally burned out, as was the BRS Bank also. The church was also set on fire, where the White Fathers live, and next door to them the Sisters of the Assumption, their house, the cars and the school – everything was on fire. They have nothing left except their lives, and that alone is something to be grateful for. They were able to flee in time and took refuge on a military base. One of the White Fathers, Father Ghislaine, was injured and is in hospital, but not too seriously.”

According to the Sister, the violence in Niamey was “on a major scale.” She describes how a group of men on motorcycles looted “the churches, one after another,” then destroyed them and burned them. “They took away everything they could use and then set fire to them, with cans of petrol. They also burned the Protestant and Evangelical churches – altogether around 40 churches; it was incredible!” But then they also looted and burned down bars, restaurants and petrol stations. Afterwards, they went on to attack the orphanages. “Fortunately the carers were able to take the children to where the police were, where they were safe, but they stole all the supplies of food,” she writes. According to the Sister, the nuns of Mother Teresa were at least able to save their hospital, along with its patients. The violent demonstrators were about to set fire to the hospital, but the Sisters bravely asked them: “Can we first of all take out the patients before you set fire to it? These words gave the rebels pause for thought and as a result they did not touch the hospital, but nevertheless they still burned down the church.”

“We had to flee immediately”

Continuing her account, the Sister writes: “When the bishop heard that the two communities of Sisters were being attacked, Msgr. Laurent phoned both communities and told them they must flee immediately and seek refuge. We had already had phone calls from concerned Muslim friends, who had urged us: ‘Come with us, they will not burn down the neighbourhood where they themselves live.’ You never know with these gangs. I went to the chapel with another sister to consume the Blessed Sacrament, because they also try to burn the Tabernacles. We locked everything up, hoping to find the others again.”

Between them the Sisters did all they could in the little time they had. In the midst of the drama there was one Sister in the community who was from Rwanda – and who knew what it meant to flee, having been through the cruel genocide in Rwanda in 1994. She put on all the clothes she could find. “She had on five skirts and five blouses, one on top of the other. We were in fits of laughter when she came out of her room, like a giant; she could scarcely walk, she had so many clothes on! One of the other missionaries had only just returned from Poland and had not even had time to unpack her things, but we had to flee immediately.

“Pray for us, for our people, for the world.”

What a shock it was for her! The neighbours came to say goodbye, with tears in their eyes. We entrusted the key of the house to one of them. It was very emotional. A Middle Eastern family took us in, with the hospitality that the people of the East are known for. On the way we saw a Protestant church that had already been totally burnt out. No, it was incredible in a country so peaceful as Niger… But no, now Niger is no longer peaceful. For now we are safe, and living with a family. We pray, keep silence; respond to innumerable telephone calls from friends who are concerned for us and from other sisters. On Sunday we did not go to church, but last night there were two priests who came to celebrate Mass in a small downstairs room. It was very moving, as it was quite unplanned. God does not desert us. He is balm for our hearts, and our faith grows stronger.” 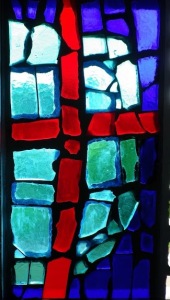 “We are at peace again. We do not intend to let ourselves be moved by violence or fear. No one knows what the future will bring. Let us only hope it will be more peaceful and that we will be able to return to live in community.”

The Sister concludes her message by asking our prayers for the situation in Niger. “Pray for us, for our people, for the world. So that the Light of the Love of Christ may be able to shine forth!”